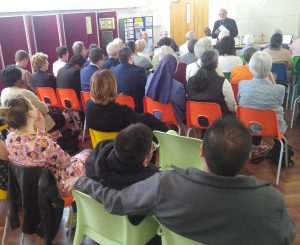 On 17 September, staff and volunteers, friends and representatives of partner organisations came together to join in the blessing of Brushstrokes’ new community centre on Smethwick High Street.

The project’s chair, Joanne Watters, welcomed those assembled. She said the move had come about as a result of growth: the need had grown, the project had grown and a new and larger building had become necessary. It had taken 18 months of work and planning to transform the new building, which had been empty for most of the previous decade. The move would not have been possible without the support of Brushstrokes’ principal partners, the Infant Jesus Sisters, the Parish of St Philip Neri, the Sisters of Our Lady of Charity of the Good Shepherd, and Father Hudson’s Care.

Sr Margaret Walsh of the Infant Jesus Sisters, who founded Brushstrokes 20 years ago, recalled the early days of the project. She thanked the families who opened their doors during the first days of outreach on the streets of Smethwick. 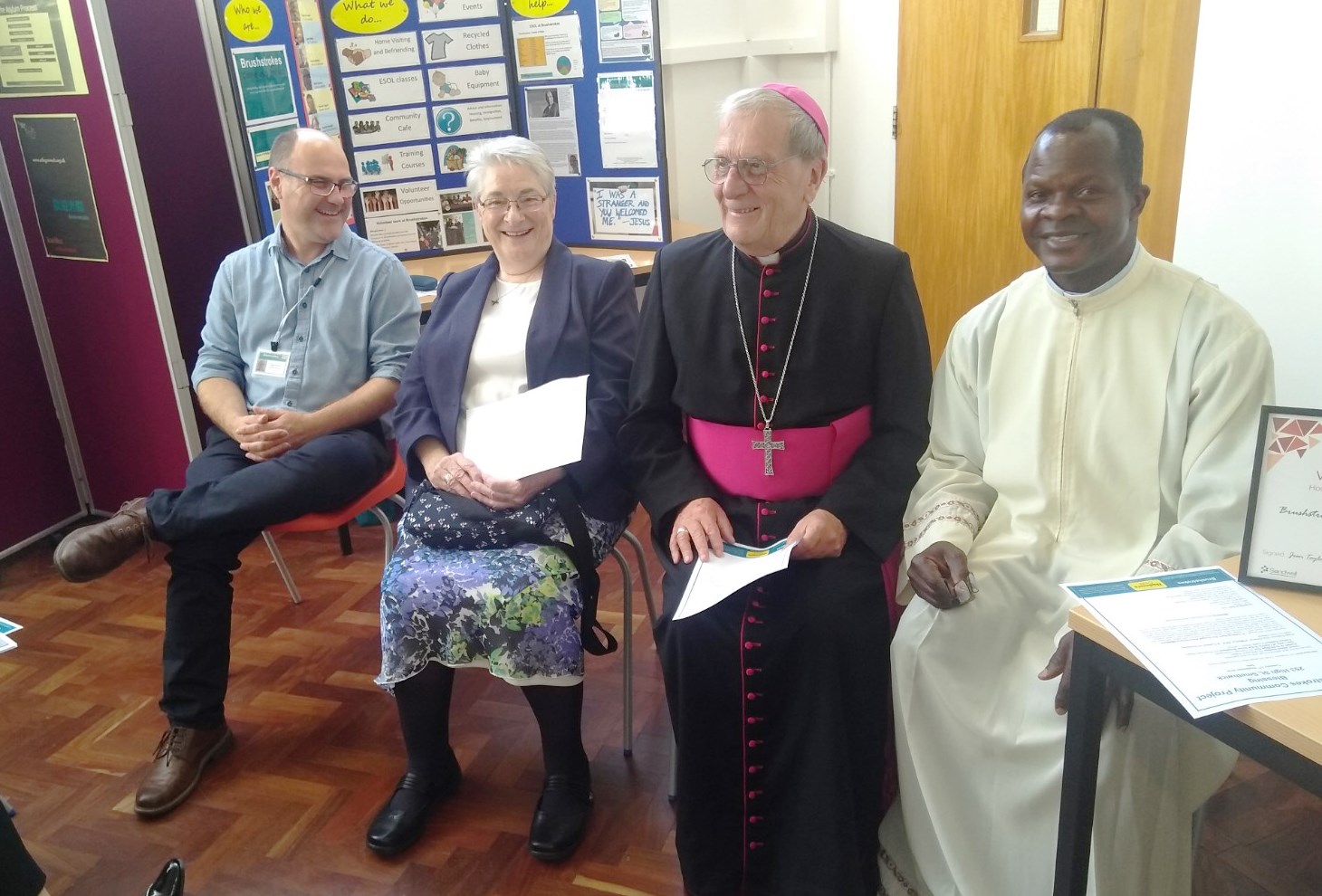 Dave Newall, Brushstrokes’ project manager, read a passage from The Church of Mercy, a book by Pope Francis. Entitled ‘A Culture of Solidarity’, the passage explored what it means to serve. The message was that Charity asks us – as a church, as an institution or as an individual – not simply to give to the poor, but to enable them to be poor no longer.

Finally Bishop David McGough, representing the Archdiocese of Birmingham, read from the Gospel (Matthew 11:25-30), including the line, “Come to me, all of you who are weary and burdened, and I will give you rest.” Though staggered by the new building, Bishop David said that the welcome provided by Brushstrokes is more important still. We find salvation in God’s welcome, and we find God by welcoming one another. Brushstrokes’ gentle, deeply respectful welcome brings people to life and gives them a renewed sense of what it is to be human.

With its larger, improved facilities and its High Street shopfront, Brushstrokes new building is set to transform the support offered to migrants and the hidden poor in Sandwell and West Birmingham. Though already in use for English language classes, resources and immigration advice, the formal launch of the new building by the Mayor of Sandwell, Cllr Ann Jaron, will be held in October.