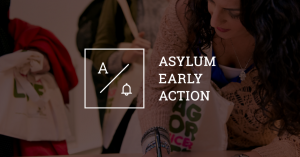 Brushstrokes Community Project today announced its involvement in a new national coalition seeking to transform the support offered to people seeking asylum. Brushstrokes, a partnership project of Father Hudson’s Care, the Infant Jesus Sisters and the Parish of St Philip Neri, reaches out to refugees, asylum seekers and the hidden poor in and around Sandwell.

The Early Action coalition came together to end what members see as ’fire-fighting’. They aim to move towards a preventative approach that will stop people from reaching crisis points like destitution and ill-health.

The coalition, which currently consists of eight organisations from across the United Kingdom, argues that people seeking asylum are often forced into poverty because they are not given support early in the application process or given timely advice on where to access support. 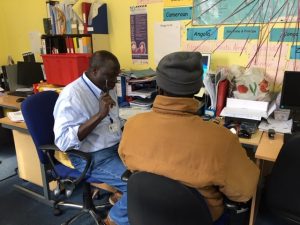 Taking its name from the words of Blessed Nicholas Barré, ‘We must be in the hand of God like a brush in the hand of the painter’, Brushstrokes supports over 800 asylum seekers and refugees in the Black Country and West Birmingham. The project is looking to prioritise its outreach work and immigration advice.

David Newall, Brushstrokes project manager, said: “Our outreach service enables us to reach people affected by health issues, lack of childcare and geographical distance. It allows our staff and volunteer team to engage with people much earlier on in their asylum journey, identifying issues early and preventing them from getting worse.

“We have also developed Asylum Guides – a legal education programme dedicated to supporting people throughout their asylum journey. By helping people navigate the complex asylum process, the Asylum Guides programme enables people to understand their rights, their entitlements and what happens after a decision is made.” 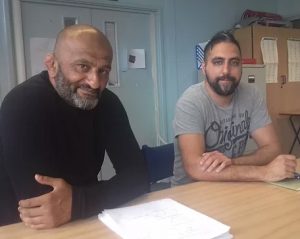 Lora Evans, Early Action Charter project manager at Refugee Action, the national charity co-ordinating the coalition, said: “The organisations and charities we are working with do amazing work supporting people seeking asylum but too often they find themselves doing that work in the heat of a crisis. They’re trying to find accommodation and welfare support for people close to starving or who have gone days without urgently needed medical treatment.

“Getting support and advice to people seeking asylum early can prevent those kinds of crises from rearing their heads, but implementing such an approach isn’t easy – it needs resources and time, two things often hard to come by for already stretched charities. That’s why we’ve come together as a coalition to make this step-change in the way we support people seeking asylum through economies of scale and the power and reach of our different services. We’re really excited to see the impact the Early Action Charter can have and invite other charities working in this to sign up and be a part of some transformational action.”

By working together, the organisations hope to see fewer people needing crisis support and bring about lasting change in the sector.