After a successful two years, the Embrace project, run by Father Hudson’s Care is drawing to a close. 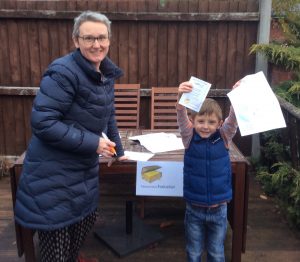 Based in the Worcester deanery, Embrace has worked alongside parishioners to support them to find new ways to reach out to isolated elderly residents. The project saw Father Hudson’s Care work in partnership with Caritas Salford, Catholic Care Leeds and the Catholic Social Action Network (CSAN). Together, these organisations were part of a pilot project, testing ways of empowering parishioners to reach out to isolated people in their area.

On Monday 25 March, Father Hudson’s Care held a workshop at St George’s church in Worcester to share its learning. Representatives attended from parishes across the Archdiocese, including priests and parishioners from Stoke, Bloxwich, Pershore, Worcester, Oxford and Reading.

Chris Watkins, the Embrace community development worker, gave a presentation on the project’s successes. These included: 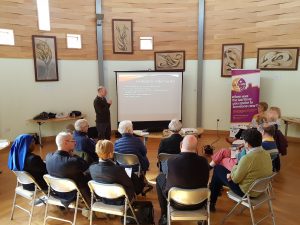 Embrace leaves a legacy of friendship

The friendship group and Penpal scheme will continue after the project has closed. Over the two years, Embrace engaged more than 200 beneficiaries and supported over 40 people to volunteer.

During the workshop, attendees also heard about how parishes are already reaching out to isolated residents in their local areas.

A toolkit will be launched in the coming months, bringing together learning from all organisations involved in the project. This will enable other parishes to develop their own services to reach people in their own communities.