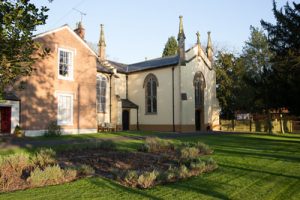 No doubt many parishes have heard of, or have studied, the implications of extreme events, such as floods, earthquakes, sinking islands, plastic pollution, oil spills and other disasters.

Here in Leamington, in 2015, there was the opportunity to join the CAFOD course looking at these issues. Two people from St Charles Borromeo parish took part in the discussions at St Peter Apostle Church in Leamington.

From this small beginning came the group, Web Explorers, comprising members of the parish of St Charles Borromeo, and one person from St Joseph’s Church at Whitnash. Building a website was an idea which initially came out of the CAFOD course, though it was the papal encyclical ‘Laudato Si’ which made people fully and shockingly aware of the damaged state of our world. The first major activity of the group began. The decision-making in monthly meetings became the driving force to the development of the climate change website: www.sp4climate.net. This website remains the first priority of the Web Explorers group.

Early in 2018, an insistent ‘small voice’ had begun asking “what about sharing web building skills with other lay people?” This question in fact related to another aim of the group – that of sharing what we have with others. A lively debate by email over many weeks resulted in our new offering – the website builder’s free workshop. 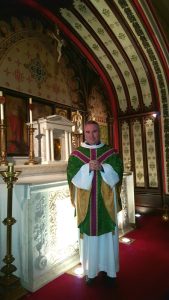 Still in its infancy, the workshop has proven successful in that a number of free websites now exist, each one built in one or two sessions by parishioners in Warwick and Whitnash. Websites provide a window to the world, and remind us of the words of Pope St John Paul II, that the ‘world’ is the place and the means for us to acti: Importantly, the workshop activity is fun and rewarding and the resulting website is hosted at no cost.

The workshop activity will go at its own pace, giving people a gentle vision of how their own ideas can be developed. It is intended for parishes within the Warwick deanery, working from Hampton-on-the Hill. Three churches (St Joseph’s, Whitnash; Our Lady’s, Lillington; and St Peter’s, Leamington Spa) form the new parish of Leamington, These, together with Warwick come within our geographical reach. We are fortunate in being able to keep contact with each of the five churches.

Web Explorers are always looking for others interested in communication and the use of the Internet. Pope Francis tells us that “science and technology are wonderful products of a God-given human creativity”ii. Joining, in a small way, with other lay people in this activity, is a great expression of using gifts we have been given.

We would love to see other ‘web explorers’ blossom in our Archdiocese and perhaps make email contact with them. We can be contacted via our website 24/7.